The Futility of Our Works
Scripture also teaches that no amount of human goodness, human works, human morality, or religious activity can gain acceptance with God or get anyone into heaven. The moral man, the religious man, and
the immoral and non-religious are all in the same boat. They all fall short of God's perfect righteousness. After discus sing the immoral man, the moral man, and the religious man in Romans 1:18-3:8, the
Apostle Paul declares that both Jews and Greeks are under sin, that " there is none righteous, not even one" (Rom. 3:9-10). Added to this are the declarations of the following verses of Scripture: Ephesisans 2:8-9
8) For by grace you have been saved through faith; and that not of yourselves, it is the gift of God; 9) not as a result of works, that no one should boast.  Titus 3:5-7 5) He saved us, not on the basis of deeds which we have done in
righteousness, but according to His mercy, by the washing of regeneration and renewing by the Holy Spirit 6) whom He poured out upon us richly through Jesus Christ our Savior 7) that being justified by His grace we might be made heirs according to the hope of eternal life.  Romans 4:1-5 1) What then shall we say that Abraham, our forefather according to the flesh, has found?  2) For if Abraham was justified by works, he has something to boast
about; but not before God.  3) For what does the scripture say? "And Abraham believed God, and it was reckoned to him as righteousness."  4) Now to the one who works, his wage is not reckoned as a favor, but as what is due.
5) But to the one who does not work, but believes in Him who justifies the ungodly, his faith is reckoned as righteousness 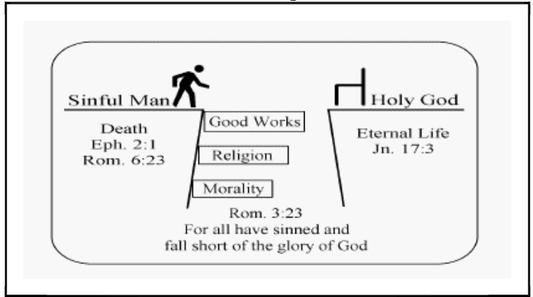 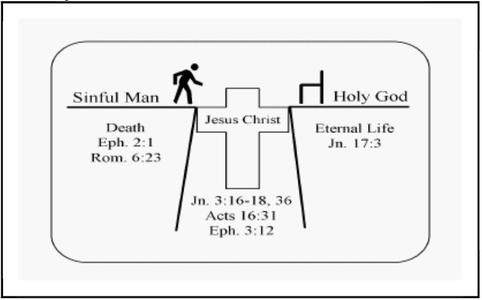 Thank you for contacting us!

Permission granted by www.Bible.org home of the NET Bible with over 60,000 notes and 4,000 studies all available for a free download.

How Do We Receive God's Son?
Because of what Jesus Christ accomplished for us on the cross, the Bible states "He that has the Son has life." We can receive the Son, Jesus Christ, as our Savior by personal faith, by trusting in the person
of Christ and His death for our sins.  John 1:12  But as many as received Him, to them He gave the right to become children of God, {even} to those who believe in His name.  John 3:16-18 For God so loved the world, that He gave His only begotten Son, that whoever believes in Him should not perish, but have eternal life. For God did not send the Son into the world to judge the world, but that the world should be saved through Him. He who believes in Him is not judged; he who does not believe has been judged already, because he has not believed in the name of the only begotten Son of God. This means we must each come to God the same way: (1) As a sinner who recognizes his sinfulness  (2) Realizes no human works can result in salvation  (3) Relies totally on Christ alone by faith alone for our salvation.

Please share with us if you have just accepted Jesus Christ as your Lord and Savior by filling out the form below.

No amount of human goodness is as good as God. God is perfect righteousness. Because of this, Habakkuk 1:13 tells us God cannot have fellowship with anyone who does not have perfect righteousness. In order to be accepted by God, we must be as good as God is. Before God, we all stand naked, helpless, and hopeless in ourselves. No amount of good living will get us to heaven or give us eternal life. What then is the s
olution?  God's Solution God is not only perfect holiness (whose holy character we can never attain to on our own or by our works of righteousness) but He is also perfect love and full of grace and mercy. Because
of His love and grace, He has not left us without hope and a solution.  Romans 5:8 But God demonstrates His own love toward us, in that while we were yet sinners, Christ died for us.  This is the good news of the Bible, the message of the gospel. It's the message of the gift of God's own Son who became man (the God-man), lived a sinless life, died on the cross for our sin, and was raised from the grave proving both the fact He is God's Son and the value of His death for us as our substitute.  Romans 1:4 who was declared the Son of God with power by the resurrection from the dead, according to the Spirit of holiness, Jesus Christ our Lord,
Romans 4:25 He who was delivered up because of our transgressions, and was raised because of our justification.  2 Corinthians 5:21  He made Him who knew no sin to be sin on our behalf that we might
become the righteousness of God in Him.  1 Peter 3:18  For Christ also died for sins once for all, the just for the unjust, in order that He might bring us to God, having been put to death in the flesh, but made alive in the spirit;

Salvation
God's Plan of Salvation
1 John 5:11-12
And the witness is this, that God has given us eternal life, and this life is in His Son. He who has the Son has the life; he who does not have the Son of God does not have the life. This passage tells us that God has
given us eternal life and this life is in His Son, Jesus Christ. In other words, the way to possess eternal life is to possess God's Son. The question is, how can a person have the Son of God? Man's Problem
Separation from God Isaiah 59:2 But your iniquities have made a separation between you and your God, And your sins have hidden His face from you, so that He does not hear.  Romans 5:8 But God demonstrates His own love toward us, in that while we were yet sinners, Christ died for us. According to Romans 5:8, God demonstrated His love for us through the death of His Son. Why did Christ have to die for us? Because Scripture declares all men to be sinful. To "sin" means to miss the mark. The Bible declares "all have sinned and fall short of the glory (the perfect holiness) of God" (Rom.3:23). In other words, our sin separates us from God who is perfect holiness (righteousness and justice) and God must therefore judge sinful man.  Habakkuk 1:13a  Thine eyes are too pure to approve evil; And Thou canst not look on wickedness with favor. 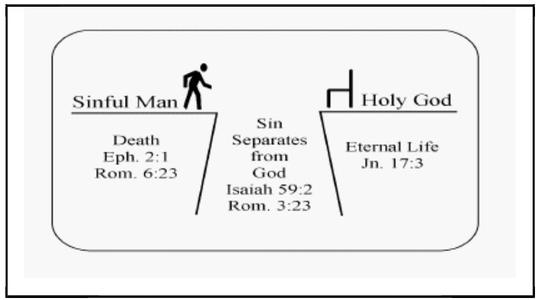